Last weekend I had the opportunity to take part in a triathlon for the soul! Wanderlust is a festival that incorporates a 5k, yoga, and meditation as part of their triathlon. Sure, itâ€™s unconventional and anyone whoâ€™s done a standard triathlon would probably scoff at the idea, but I left having the greatest boost of positive energy Iâ€™ve ever experienced. I am not a yogi and Iâ€™ve barely meditated in my life, but I left feeling positive growth. One little festival had a huge impact on me in only a few hours.

It was a beautiful morning in San Franciscoâ€™s Golden Gate Park. There was not a cloud in the sky, it was warming up, and the vendors were setting up for the day. {Did I mention my friend and I go there an hour and a half before the 5k started? Yea, we were those people.} We walked around sampling all of the vendor goodies like kombucha, acai, granola, peanut butter barsâ€¦ even dairy free ice cream! Good thing we were going to workout. As everyone started to show up for the 5k, the estrogen level rose. There were a handful of men, but the women had come out in droves to get their spiritual wellness on. I donâ€™t have many girlfriends, but it was amazing to be around that many women. What stood out to me was how different everyone was. There were moms running with kids, single ladies, runner, walkers, all shapes and sizes, and all walks of life.Â Â  Never among strangers have a felt a sense of community like this. There were no judgements. Just warm smiles and good vibes abound.

After we finished the 5k, we checked out a few more vendors. I wound up buying a bracelet from a company called The Giving Keys. They are located in the down town L.A. artâ€™s district and employ people transitioning out of homelessness to create their motivational jewelry. I chose a key that says COURAGE to remind me to have the courage to move forward in creating the life I want to live. My friend and I stumbled through half the yoga class before we were too hungry to go on and headed over to a Vietnamese food truck for some noodles. The yoga was fun and definitely something I can get more and more into. It was hard to see the stage, so without seeing the teacher or knowing what the terms meant, there were quite a few times when I was standing while everyone else was down and vise versa. Although it wasnâ€™t the most graceful, we giggled through it and then stuffed our faces. It worked for me.

Meditation was also a little bit of new territory for me, but I plan on doing it every day. Thatâ€™s how much I connected with it. My friend recommended the app Calm.com. It is hands-down the best app Iâ€™ve downloaded in a while. Iâ€™m glad I experienced true meditation in nature and can continue to practice guided mediation at home. It was incredibly grounding and calming. I suggest everyone try it at least once to see if you like it. It could be life changing.

At the end of the festival, I already knew I wanted to do it again and even travel for one of their multi-day retreats. My inner hippie has never been that happy and I am so grateful that a little digital Facebook ad appeared on my timeline. I gave it a try. I fell in love. The wanderlust game is even stronger inside me now. Namaste. 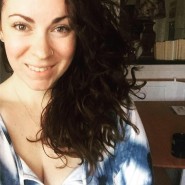 The Future is Female

How I Found Myself in the Dark

The Only Diet Worth Being On 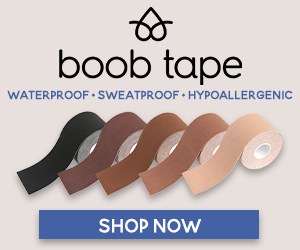